The Australian Rett Syndrome Study is based at the Telethon Kids Institute located in Subiaco, Western Australia. This study was established in 1993 and operates in collaboration with Princess Margaret Hospital for Children, Perth and the Children's Hospital at Westmead, Sydney.

A unique feature of our study is that it involves all families in Australia who have a child with Rett syndrome born in or after 1976. This is in contrast to many studies overseas where only selected groups of children are involved. Being 'population-based' allows us to be confident that our research findings will be applicable to all individuals with Rett syndrome.

In 1999 the gene that is responsible for Rett syndrome was identified. Rett syndrome can be attributed to a mutation in the MECP2 gene (pronounced "meck-p-two"). Since then we have been working on molecular genetic studies in conjunction with Royal Perth Hospital and the Children's Hospital at Westmead. 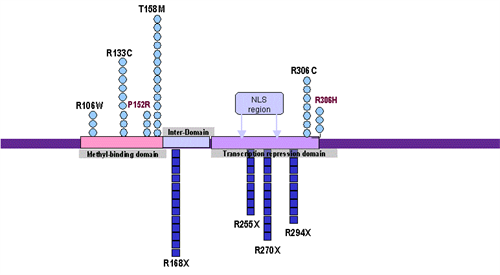 We liaise closely with children's specialists nationwide such as paediatricians, neurologists and geneticists as well as the national parent support organisation - the Rett Syndrome Association of Australia.

Referrals of children with Rett syndrome to this study come from both professionals and this parent support organisation, which has been in full support of the study since its inception. Here in Western Australia we provide opportunities for parents to meet and share experiences through education evenings and social functions. We also provide information to interested community members, health professionals and other groups such as special education teachers and therapists.

Dr Helen Leonard has been the Medical Director of the study since its inception in 1993. As well as overseeing the study, she has had a long-standing clinical involvement with patients through her position as a medical doctor at the Disability Services Commission. She is also involved in intellectual disability research in a joint project of Disability Services Commission, the Education Department of Western Australia and the Telethon Institute.

In 1995, a collaboration was established with Dr John Christodoulou, a Professor at the University of Sydney and Director of the Western Sydney Genetics program (at the Children's Hospital at Westmead). Dr Carolyn Ellaway, a Clinical Geneticist and Paediatric Specialist in the Genetic Metabolic Disorders Service at The Children's Hospital at Westmead, subsequently joined this group and Rett syndrome was the subject of her PhD thesis for which she was awarded a National Health and Medical Research scholarship.

The coordination of clinical assessments in Victoria is managed by Dr Gordon Baikie, a developmental paediatrican at the Royal Children's Hospital in Melbourne. Paediatric endocrinologist, Dr Helen Woodhead works at the Sydney Children's Hospital and participates in the studies relating to bone health in Rett syndrome.

Dr Mark Davis, manages the Neurogenetics Laboratory at Royal Perth Hospital where he is responsible for the maintenance of the DNA bank of Rett syndrome cases and their families since 1999. His laboratory is one of three genetics laboratories in Australia that are accredited to screen theMECP2gene

Also at the Telethon Institute, Dr Jenny Downs is a physiotherapist and researcher who has worked on many aspects of research in the Australian Rett Syndrome Study since 2005. She has a particular focus on early development, functional abilities, physical activity and scoliosis, and is a chief investigator on the current NHMRC funded study. Katherine Bathgate is a dietitian and the project coordinator for the Australian Rett Syndrome Study. She is also conducting a PhD project in the area of healthy eating and physical activity for those with Down syndrome. Alison Anderson has a background in computer science and is nearing completion of a PhD project. Alison provides important IT support to the project. Dr Kingsley Wong is a medical doctor who has an interest in research and statistical analysis. Kingsley is currently studying for a Master of Public Health degree.

Inspiration for the study

The inspiration for the original study came from Dr Athel Hockey, a clinical geneticist who was previously senior medical officer at Disability Services Commission. She worked in the area of intellectual disability for over thirty years and diagnosed some of the original cases of Rett syndrome in Western Australia following the early publications from Dr Bengt Hagberg in Sweden and Dr Alison Kerr in Scotland.

The Australian Rett Syndrome Study was initially launched in 1993 by Dr Helen Leonard and was an epidemiological population-based study, which incorporated the use of the Australian Paediatric Surveillance Unit to ascertain new cases.

In 1995 John Christodoulou, who is now a Professor and Director of the Western Sydney Genetics program, met Helen at a paediatric conference in Adelaide where she was presenting her research. The ongoing collaboration with the group from The Children's Hospital at Westmead and the University of Sydney stems from this time. Dr Carolyn Ellaway subsequently came on board and Rett syndrome was the subject of her PhD for which she was awarded a National Health and Medical Research scholarship.

In 1996 Emma Glasson, an Honours student at the Department of Anatomy and Human Biology at the University of Western Australia worked on the radiology study. Also in 1996, Danielle Dye from Curtin University consolidated the Family Tree study by collecting family tree information from control families.

Dr Seonaid Mulroy had a major role in the research program from 1996 to 2003. Seonaid completed a Bachelor of Science (Honours) majoring in Anatomy and Human Biology at the University of Western Australia, then a Bachelor of Medicine and Surgery at the same university. Seonaid is currently an obstetrics registrar at King Edward Memorial Hospital for Women.

Professor Sven Siburn has been involved with the study in the past, providing support regarding psychosocial aspects and the quality of life of Rett syndrome cases and families. Lyn Colvin, graduate of the Master of Public Health program was heavily involved in analysis and data management for the study. Currently involved are clinical Professor and Senior Principal Research Fellow Carol Bower who is Head of the Birth Defects Registry of Western Australia, and Professor Sue Fyfe who is Professor of Medical Education at Curtin University.

The Department of Neuropathology at Royal Perth Hospital and the Western Sydney Genetics Program at The Children's Hospital at Westmead are responsible for mutation molecular genetic testing.

Also in this section...

To find out any more information about how you can be involved, don't hesitate to contact us.